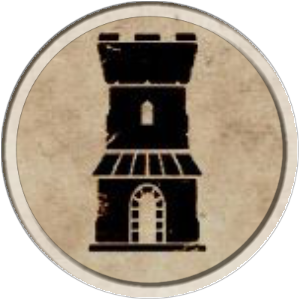 Location & History
The Tower proudly traces its history back to the earliest days of the city of Greyhawk. In 4CY, the city came under the domination of the Great Kingdom of Aerdy and remained so while strong Overkings ruled from the Malachite Throne in Rauxes. The Great Kingdom’s influence over the city began to wane during the third and especially the fourth centuries as the House of Rax declined and the Overkings hold on distant provinces became increasingly tenuous. In approximately 310 CY, the mage Zagig Yragerne emerged from the Wild Coast and bribed his way into a seat on the Directing Oligarchy. Soon after, the Oligarchs elected Zagig Lord Mayor. Greyhawk subsequently rose in fame and prominence under the leadership of Lord Mayor Zagig. He instituted legal reform, developed a new currency, fortified the walls, founded the city’s first university and embarked on a major building program. Most notably, he directed the construction of nearby Castle Greyhawk. In addition, to cement a growing reputation as a centre of learning, a number of Wizard’s Guilds were established. Though most have long since ceased to exist, The Tower still maintains a reputation for excellence in the esoteric arts.

The Tower still maintains n extensive library at its main School but over the years, enterprising Wizards have been licensed to open up and expand the Guild throughout the Flanaess.

Organisation & Entry
The Tower allows only “proven Wizards” to join and potential members are tested rigorously. If admitted, Guild Fees are expected monthly (30 gp per level) but this gives free access to both the libraries (non-Guilded Wizards are charged 100 gp per day) and training.

Specific Advantages
Guild members pay no training fees and gain one additional spell of their choice to scribe into their spell book. Scrolls and Potions cost 75% of their “standard” price.