The Mines and The Guardhouse

After resting for a few hours to bind their wounds, the party complete their exploration of the quarry’s lower mines. A stout iron-barred door blocks their way into the eastern mine workings. Guarded by a pair of bugbears, the door is locked and Einar has to use his considerable strength to force the door open while the spear-wielding guards are distracted and kept back by a barrage of arrows and sling bullets fromSlim Jim and Oseanor.

With the guards defeated, the company finally discover the whereabouts ofKwon-chi and uncover the source of the “moans” and “rattling chains” reported by the concerned miners of Darkshelf. A large number of slaves have been kept in filthy conditions, the victims of a series of well-coordinated raids by small groups of highly trained slavers. Many of the grateful people rescued come from surrounding farmsteads, hamlets and villages. They all tell the same sad story of being snatched by goblin or human sell-swords and bought at night to this place. The quarry is clearly something of a “hub” and serves as a collection and holding area before the slaves are shipped out in large groups via small coastal sloops.

Bazili’s “rescue mission” of a few weeks ago was nothing more than a cover story to eliminate an unproductive group of slavers; whoever Bazili works for, is ruthless beyond description and clearly very dangerous.

Osson is clearly incensed by the cruelty meted out on the helpless captives and is adamant that the party make the best use possible of their unexpected invasion. He counsels that the party must strike at the heart of this evil operation and clear the rest of the mines above in an attempt to surprise the slavers as a shift-change takes place. Reluctantly, the clearly tired Elbereth and Oseanor agree but they warn that they will be of little help if the expected battle ahead becomes difficult. Olmdor leads the slaves to safety and the party grimly head up the ramp they discovered earlier and into the upper workings of the mine.

Halvar leads the way up the ramp and alerts the party to the presence of a dozen goblin miners heading their way. The miners are clearly unaware of the party and merely seek to hide below as their human replacements begin to filter into the mines totally unaware of what is really going on. The hapless goblins are mercilessly cut down in heartbeats as a well-coordinated ambush is carried out.

The incoming human miners halt in surprise when they see the goblin bodies and clutch their shovels, pick-axes and wicked looking mauls in white-knuckled hands confused momentarily by the presence of the party and goblins. Innocent of the true goings-on, they are persuaded to surround the sell-swords that Bazili has employed and the guards are prevented from escaping. These evil humans are in Bazili’s pay and know full-well of the real purpose of the quarry. They too are dispatched and the party decide again to press on and storm the guard house where Bazili must surely have barricaded himself.

An impressive three-storey building, the guardhouse is clearly going to be difficult to breach and the lower level double doors have been barred from the inside; Bazili is ready! Halvar’s mastery of the guttural goblin language is sufficient to fool the creatures inside into removing the bar on one of the doors and the party storm into what appear to be stables.

The few goblins and human mercenaries inside are no match and though they are lead by a towering bugbear overseer and a hulking half-orc smith the fight is over in minutes. However, the series of successful encounters has not left the party unscathed. Their potions exhausted, the party tiring but feel that they must press on. Unfortunately, the lower level of the guard house seems isolated from the two upper floors. The single chamber discovered consists of an underground pool of water but does not contain a ladder or stairs up. 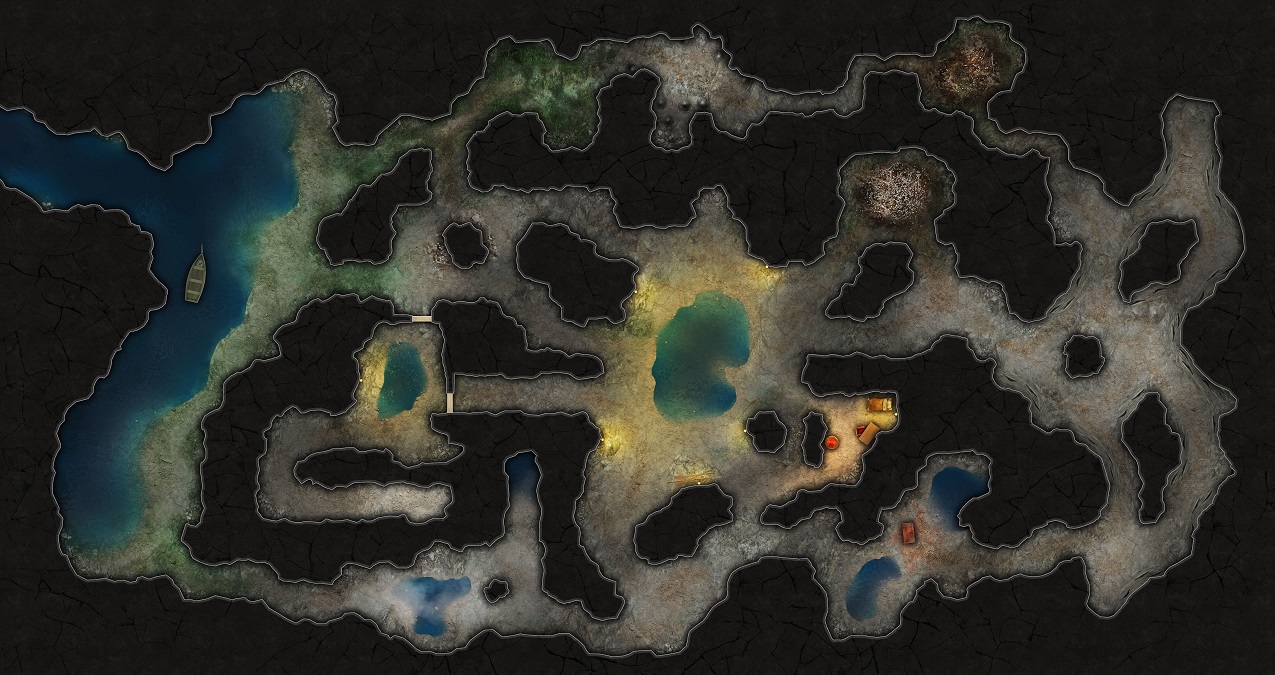 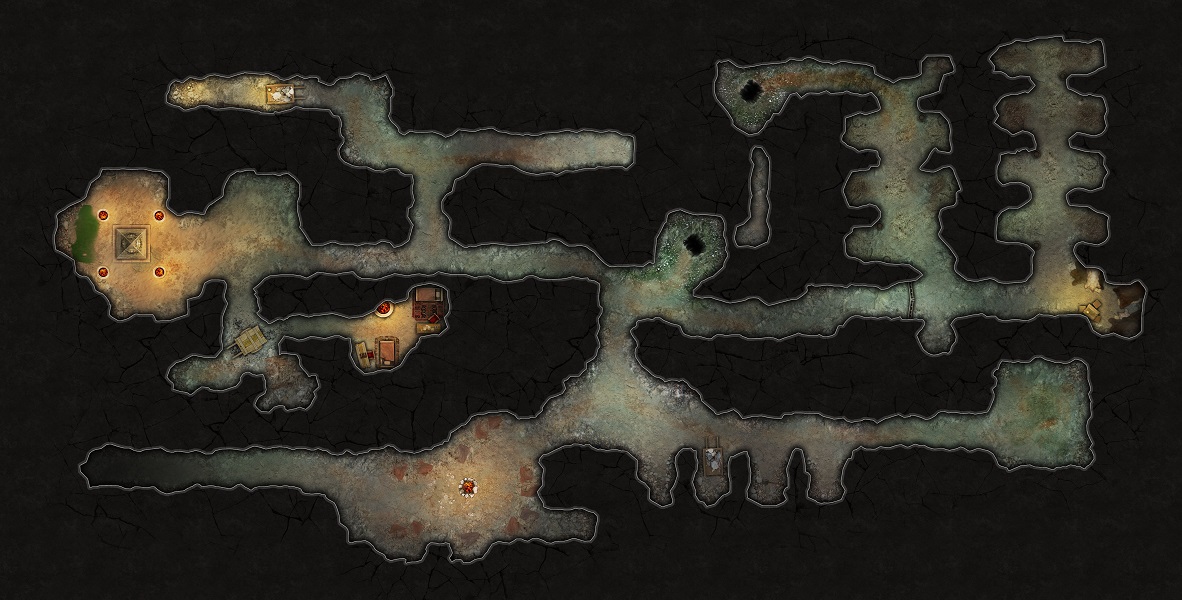 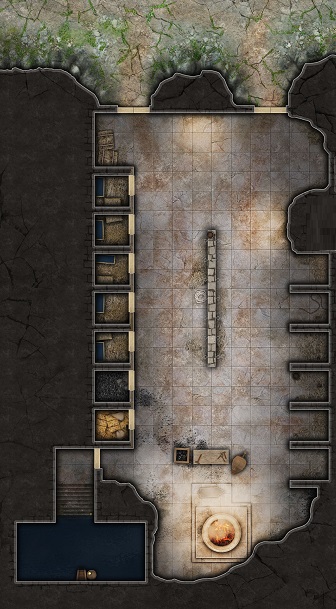