Halvar and Osson lead the way up the ramp into the heart of the mining complex but quickly pause as they realise there are goblins ahead and quite a large number. The party decide to retreat down the ramp and attempt to lure some of the guards down below. Dealing with a large warband piecemeal is clearly going to be safer. Halvar manages to successfully call out and attract a pair of the humanoids but in the fight that ensues, an alarm is raised when the goblins shriek for help.

Rushing up the ramp and into what could be a barrack chamber, the goblins put up a fight but even though they are joined by more of their kind who have clearly been employed as miners, the creatures are defeated. Elbereth hypnotises a number allowing Osson and Einar the opportunity to advance past the hapless soldiers to engage the miners and cut off retreat. Slim Jim and Oseanor, aided by Olmdor tidy up the stragglers. Within minutes, the fight is over and the party head north westwards towards the faint smell of incense. 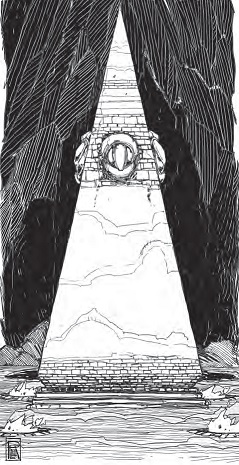 Halvar again leads the way, slipping silently through the tunnels. Ahead, the party discover a large chamber dominated by an odd pyramid-shaped obelisk. The shape is somewhat similar to the odd “icon” they recovered from below and clearly this is a place of unholy worship.

Osson has no hesitation and perhaps before Halvar and the others are fully ready, battle is joined! Two of the dangerous reptiles emerge from the shadows as the fight begins and discharging powerful bursts of electricity, Oseanor is soon rendered unconscious. Goblins pour in to the fight to join the priest found kneeling in prayer in front of the obelisk and the fight begins to look quite grim. A second cult priest joins the fight andOsson and Einar form a shield wall to protect their fallen comrade and allow Slim Jim, Olmdor andHalvar the opportunity to deal with the few goblins that managed to break into the large chamber. The priests are armed with heavy maces and dangerous spells that spread fear and and render Einar temporarily helpless.

Elbereth, depleted of manna, helps as best she can by hurling daggers at the dangerous cult priest and his minions. As Oseanor regains consciousness and the first of the priests is finally cut down, the battle turns.

Searching the tunnels nearby, the party discover a locked chest in some rather well-appointed quarters (presumably for the cult priests). This has a number of healing potions and more of the oddly coloured vials that were discovered below. 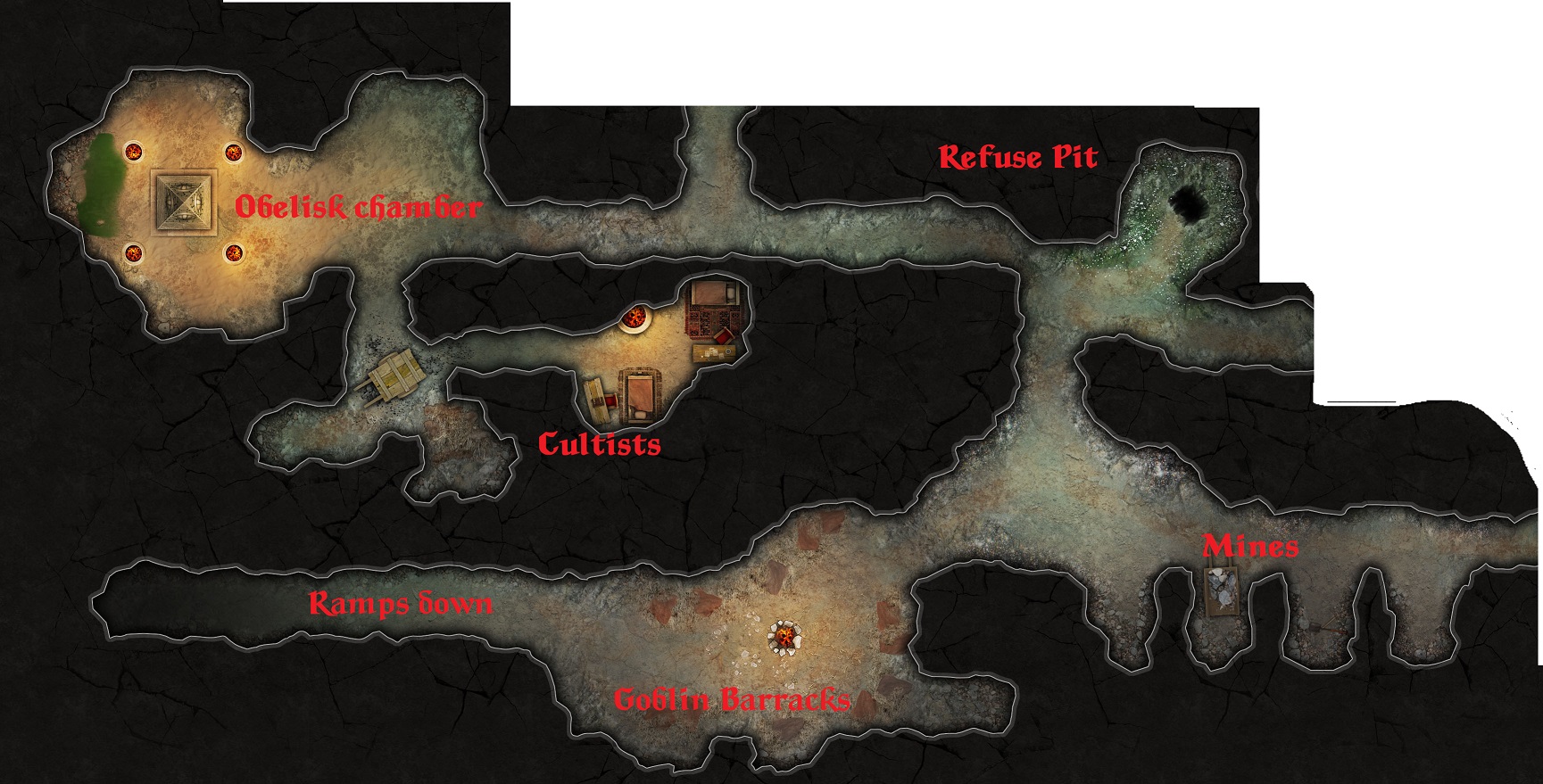